Essays – Blues Where You From

Blues Where You From

An article on the Blues Brothers film (Lancaster Guardian – 1st. Nov. 1996), inspired me to write a short version of the origins of the Blues which made their film possible. Although the music on the soundtrack has more to do with soul, jump ‘n jive and rock ‘n roll than actual blues, it has turned a lot of people on to the genuine article.

The Blues originated in the Southern states of the U.S.A. as sung by working-class African Americans. The term ‘blues’ was first applied to a style of music in the closing decades of the 19th. Century, but older blues singers ‘rediscovered’ in the 1960s claimed the blues has been going “for centuries an’ centuries”.

Certainly, before the American Civil War (1861-1865) slaves were reported as singing ‘sorrowful songs’ which the plantation owners/overseers immediately banned. These slaves were abducted from their homelands in West Africa from the early 17th. Century onwards. Indeed, in the latter part of the 18th. Century, Lancaster was the 4th. largest English seaport involved in the slave trade, with vessels laden down with cotton leaving St. George’s Quay and down the River Lune for the open sea. On exchanging cotton and other goods for slaves on the African coast, they headed 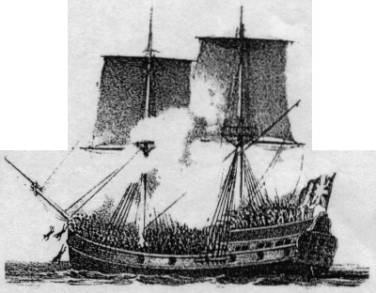 African slaves would rather take a chance with the sharks than in the filthy hold of a slave ship — 1851.

for the West Indies and the American colonies. Suffering degradation, violence, sickness, and death, during the “Middle Passage” across the Atlantic in the hellish slave ships: the slaves main occupation on arrival on U.S. soil (as it became later), was to work in the rice plantations. sugar canebrakes, and later on, predominantly, the cotton fields.

On the larger plantations, slaves were domestic servants (house slaves) or agricultural labourers (field slaves). It was the latter group that created the Blues. Incorporating work songs, spirituals, childrens’ game songs, English and Scottish ballads, ring shouts, and field hollers. The latter were literally a drawn-out cry and sung by one field hand to another, some distance away in the next field. As the great Mississippi Bluesman, Johnny Shines, once said: “They sung in broken English an’ you could stand on Marster’s feet an’ sing about ‘im – he wouldn’t know what the heck. He called ‘em ‘field hollers’,” (1).

But these were sung by people at work. In the few hours of leisure at weekends, some slaves were encouraged to play the banjo and fiddle for white dances at the ‘Big House’ . The antecedents of the ban­jo came from Africa and called various names including ‘hansa’ and ‘banja’. While the fiddle, or violin, was a European instrument.