Details and images of towns, localities and areas historically related to the blues, incorporating blues trail markers, state historical association markers, background information about the town and associated blues musicians, and photo galleries. Where appropriate there are also some details of musicians of other genre (gospel, soul, rock, etc.).

All location photography is from my personal collection taken during numerous Stateside trips.

including Birmingham and Montgomery

including Los Angeles and San Francisco

including Atlanta, Columbus, Macon and Statesboro

including Cairo and Chicago 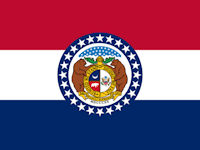 including Chattanooga, Jackson, Memphis and Nashville

1.  Several details of locations in the section are taken from Wikipedia articles reproduced here for educational use only, augmented with photographs and links by Alan White